A Famine of Fact at U.N. Climate Panel

The IPCC sounds an alarm about food production, but another U.N. agency’s data show it’s a false one.

“Climate change . . . has adversely impacted food security and terrestrial ecosystems as well as contributed to desertification and land degradation in many regions,” the report asserts. “Warming compounded by drying has caused yield declines in parts of Southern Europe. Based on indigenous and local knowledge, climate change is affecting food security in drylands, particularly those in Africa, and high mountain regions of Asia and South America.”

At the same time, the U.N. Food and Agriculture Organization reports that new records were set for global corn, wheat and rice production five years running through 2017, the most recent year for which data are available. How is that possible?

The IPCC report parses words and engages in semantic tricks to give readers a false impression of declining global crop production. Note the reference to declining yields in “parts” of Southern Europe. The report doesn’t mention that yields are increasing in Southern Europe as a whole.

What sense does it make to blame declining yields in a small portion of the world on global warming without crediting global warming for global gains?

The IPCC claims that “indigenous and local knowledge”—as distinct from objectively quantifiable data—supports its claim of declining food production in “drylands” of Africa, Asia and South America. Yet data show crop yields are increasing throughout all three continents and in almost all the nations characterized by drylands.

Environmental activist groups, bureaucrats, socialists looking to transform Western society, and biased journalists continue to make climate claims that have no basis in fact. They hope a constant drumbeat of authoritative-sounding falsehoods will convince you we’re in a crisis only they can solve.

Mr. Taylor is director of the Heartland Institute’s Arthur B. Robinson Center on Climate and Environmental Policy.

From EG   Climate changes is the biggest lie in human history because there is no transparency and raw data was refused to be shown in court. Climategate refers to the then hacked emails of the leading “climate researchers” that showed how the IPCC’s most influential “scientists” voted with each other on what “statistical adjustments”, what specially trimmed computer models and what other tricks the Data should be manipulated to get to the desired results. THINK Isaac Barr MD

ClimateGate: Setback for the followers of man-made climate change after court ruling in Canada 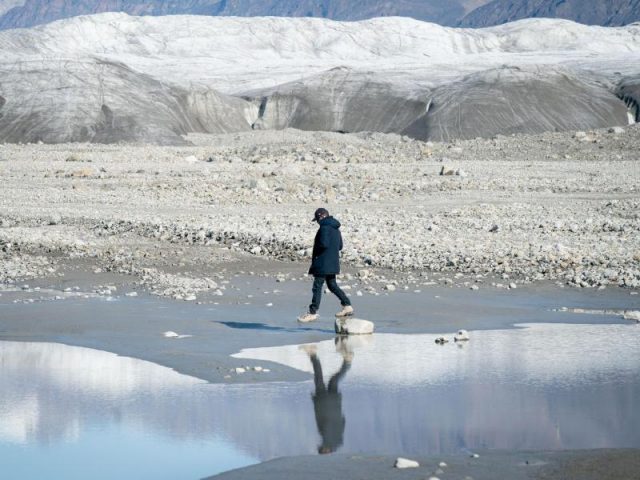 Federal Foreign Minister Heiko Maas visits the Canadian Arctic to get an idea of the consequences of climate change.Photo: Kay Nietfeld / dpa

He may well be familiar to insiders and savvy climate activists: US climate researcher Michael Mann, who launched the famous “hockey chart” on which the supporters of the theory of man-made climate change and the World Intergovernmental Panel on Climate Change (IPCC) are based.

This support should start after the judgment of a Canadian court now to crumble. Because after it became known that in the “hockey diagram” unempiric and result-related and thus not scientifically worked to get the desired results, the supporters of the theory of the wind is taken out of the sails. For Michael Mann it could mean a deep fall.

To become a subscriber to Israel Commentary, simply enter your email address and click the SUBSCRIBE button.

A Note to Our Readers

Opinions expressed in these posts belong to those who wrote them. The State of Israel has absolutely no input as to the contents of this website.