Israel IS NATO’s South-Eastern Flank Defending Cyprus, Rhodes, Crete, And Even Greece, Against Turkey And An Iranian-Occupied Israel.

1. Now, Israel’s battle-ready Order of Battle gives NATO a dependable, cost-effective, NATO-friendly shaped Battle Space to protect Greek Cyprus from a Turkish/Muslim Attack and devastation which began with the Turkish invasion in 1974. 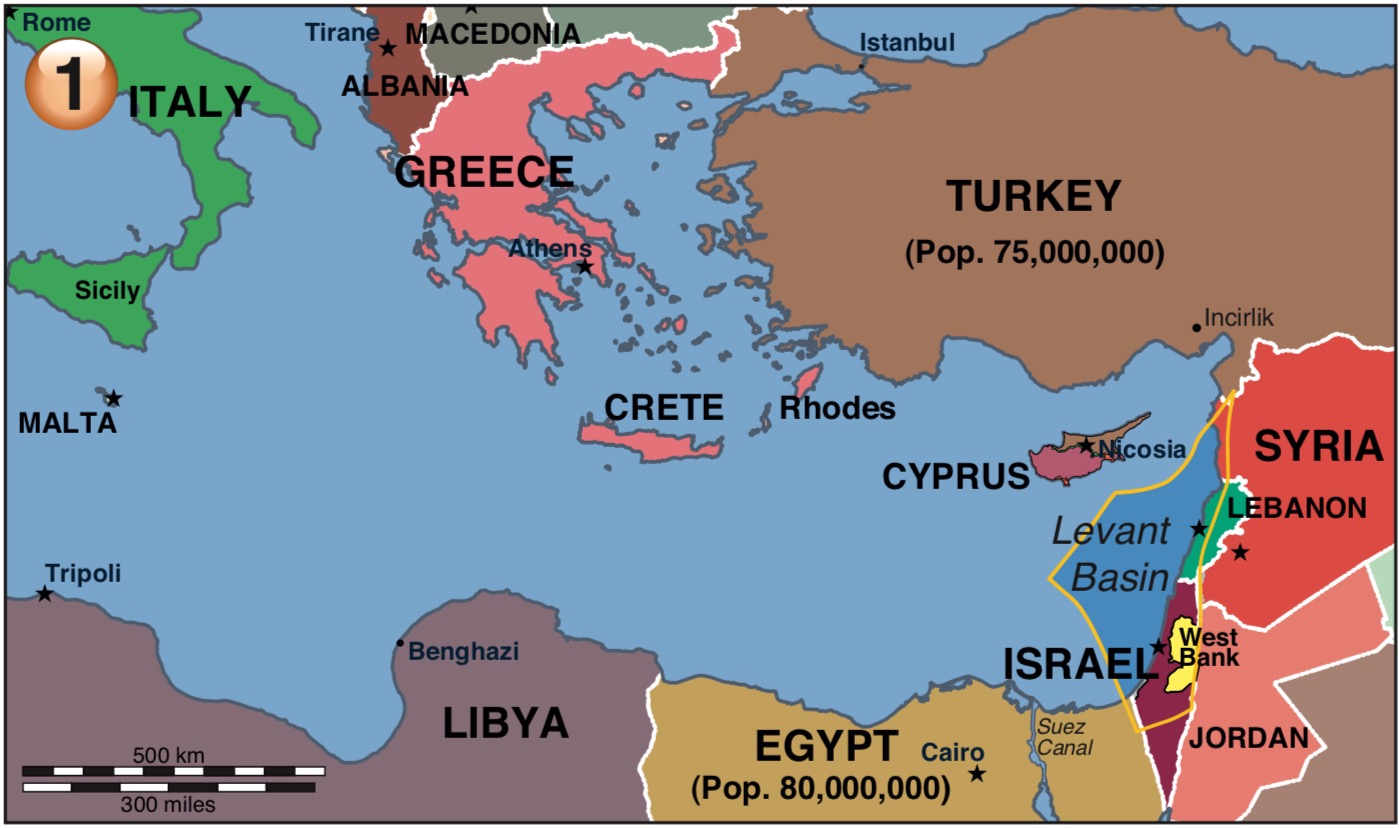 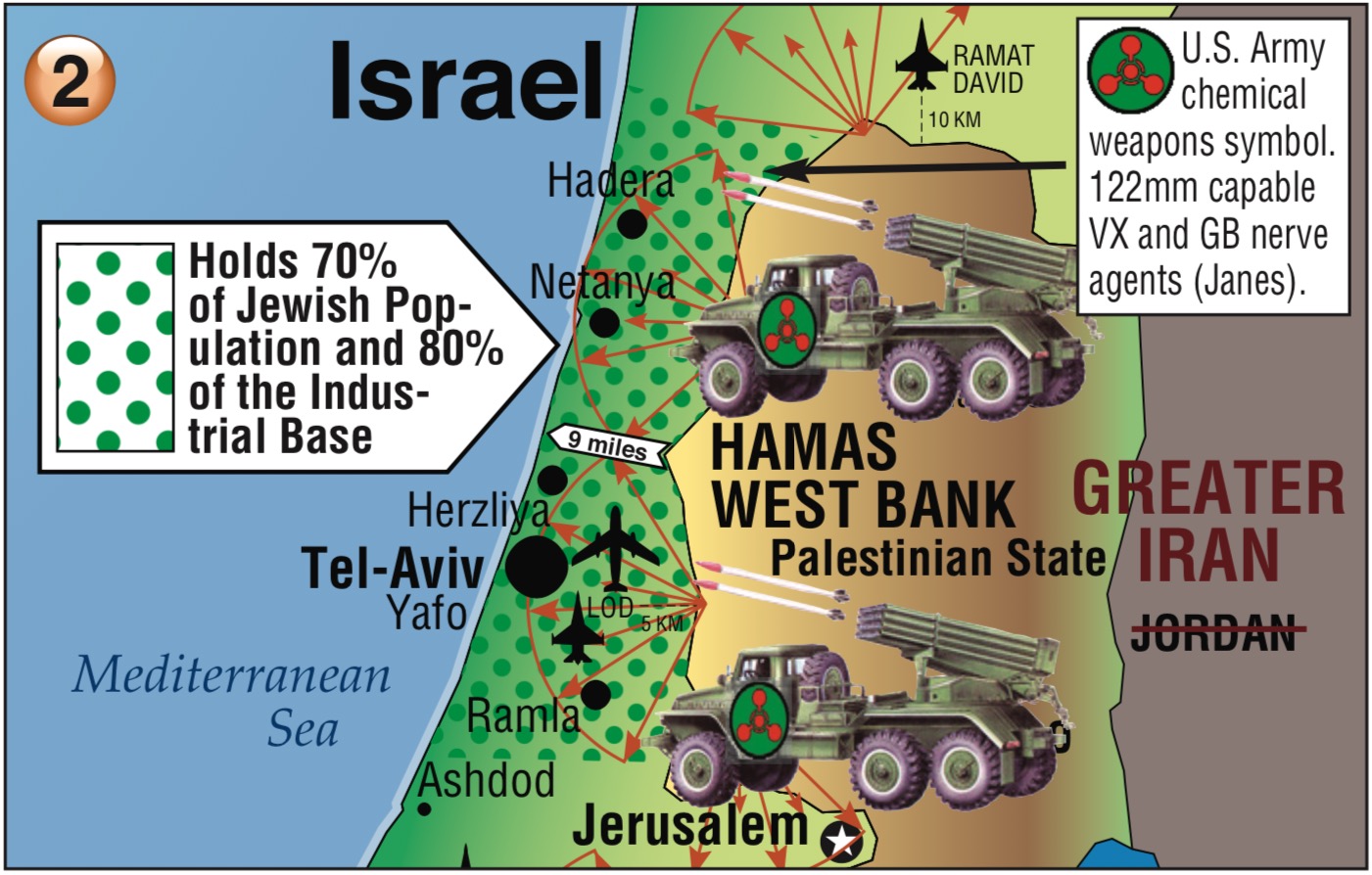 2. Iran will first topple Jordan soon after a West Bank State is created.

Hamas will overthrow Fatah in the West Bank, as they already have overthrown Fatah in Gaza. A West Bank Hamas Palestinian State will have tens of thousands of smuggled Katyusha Rockets (including VX (persistent) and GB (Sarin) nerve agents (Janes) ranging over Tel Aviv and 70% of Israel’s Jewish population. On Iranian orders, Hamas will fire barrages of rockets into Tel Aviv and Jerusalem, provoking an Israeli attempt to mobilize to reinvade the West Bank which will trigger massive Arab/Iranian long-range missile strikes. 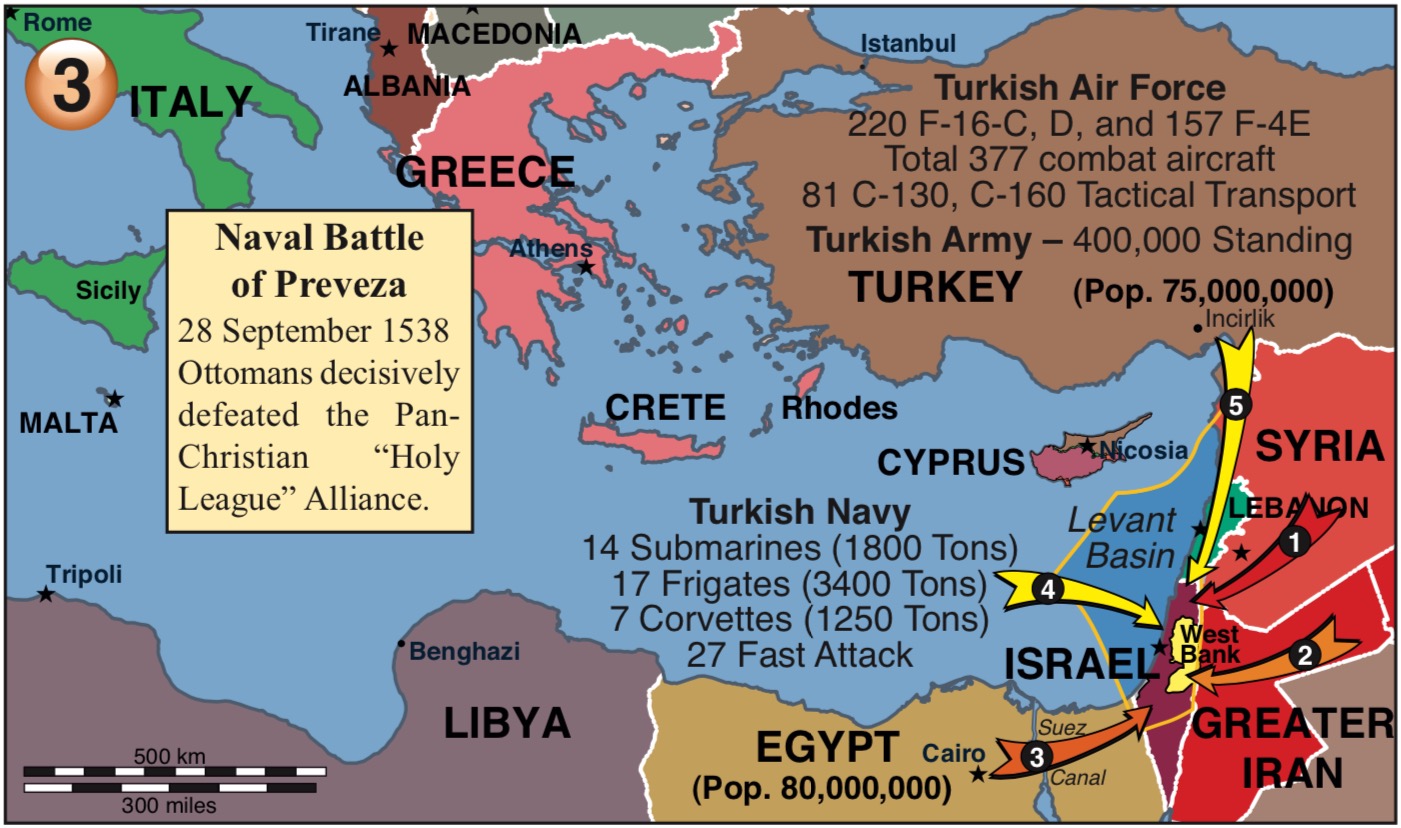 3. Such a simultaneous Muslim Scud/Katyusha attack from 5 different directions will annihilate Israel. Israel is NATO’s, and the West’s first, and only line of defense, against the Westward advance of the Iranian Caliphate or a Turkish resurrection of its Ottoman Empire. Turkey is trying to steal billions of dollars of Greek Cypriot and Israeli Eastern Mediterranean gas resources to fund billions of further Islamic Mediterranean military build-up. 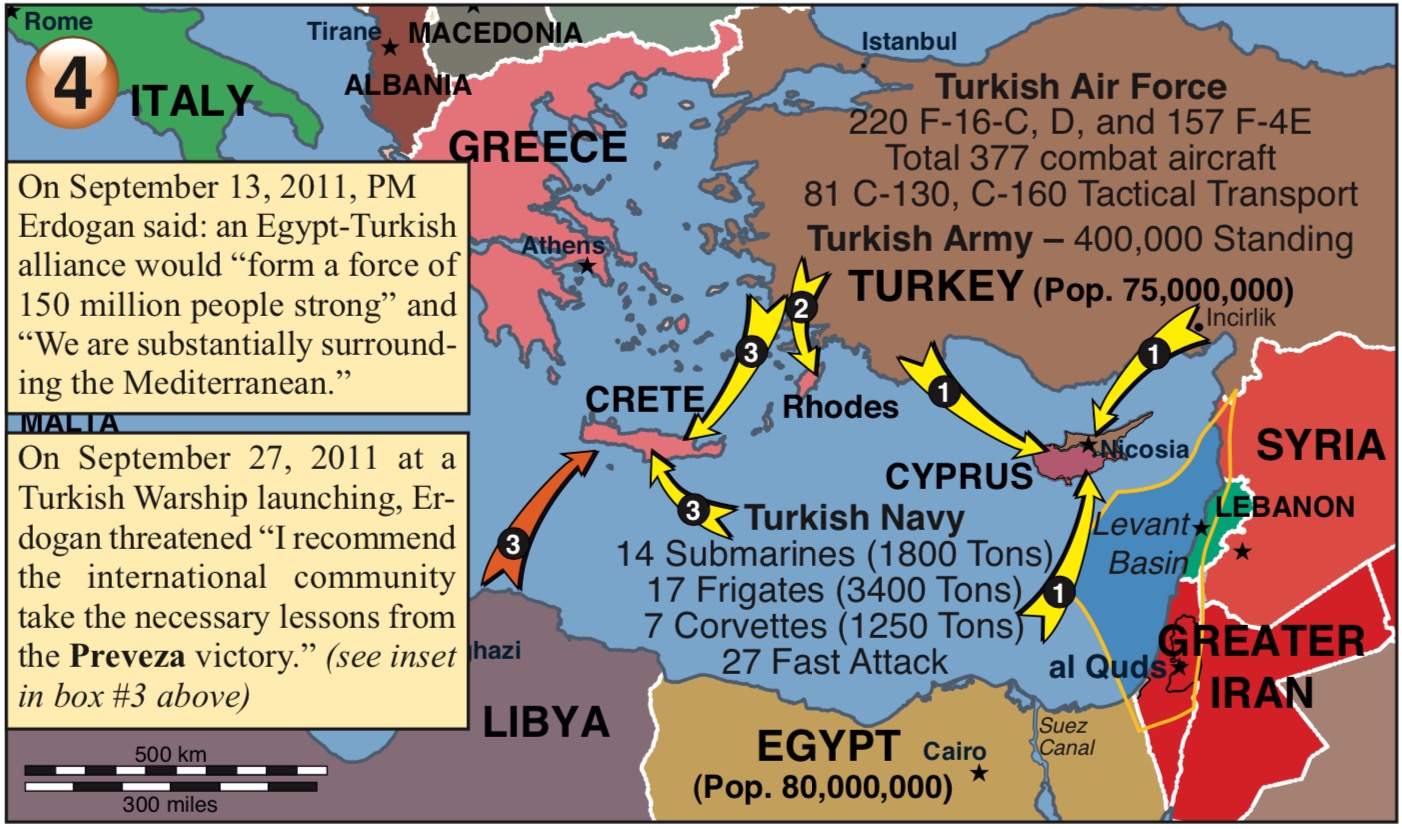 4. Without Israel’s Order of Battle protecting Cyprus’ Southeastern Flank and Battle Space, with Turkish frigates and subs infesting the Southern Cyprus waters and cutting off any military reinforcements and with Haifa as Iran’s New Eastern Mediterranean Naval Base, Cyprus, Crete, Rhodes and even Greece will be lost to Turkey and the Iranian Shiite Caliphate. Iranian now-existing Shahib medium-range missiles (1000 miles) will range and cover southern Europe from their new bases in Yafo, Greater Iran. Greece will become indefensible. Iran and/or Turkey will be on Europe‘s doorstep.

The Author:  Mark Langfan is a Florida-based attorney who writes frequently on Middle Eastern affairs and security issues confronting Israel. He is also the Chairman for Americans For A Safe Israel.

(Ouch!!  Let us pray this acknowledged expert is wrong but who could take such a chance?  We must gird ourselves for battle now and make up for yesterday’s left wing illusions. The creation of a Palestinian state can only give succor and an overwhelming advantage to our sworn enemies and would be the height of suicidal capitulation.   jsk)