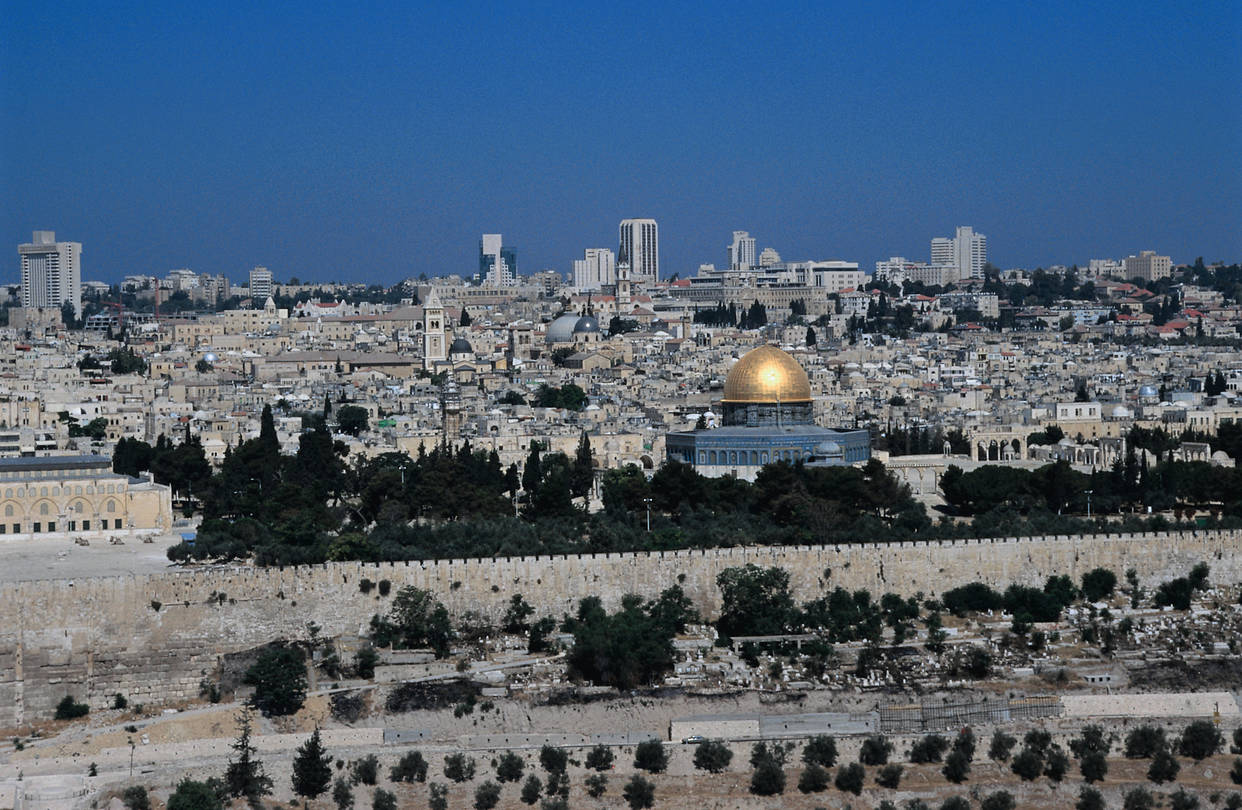 By Eugene Kontorovich
The Wall Street Journal
May 15, 2017

President Trump’s visit to Israel next week is expected to lead to some announcement about his Jerusalem policy. The trip will coincide with celebrations of the 50th anniversary of the city’s reunification after the Six Day War. Only days after the visit, the president will have to decide between waiving an act of Congress or letting it take effect and moving the U.S. Embassy to Jerusalem from Tel Aviv—as he promised last year to do if elected.

Jerusalem is the only world capital whose status is denied by the international community. To change that, in 1995 Congress passed the Jerusalem Embassy Act, which mandates moving the U.S. Embassy to a “unified” Jerusalem. The law has been held in abeyance due to semiannual presidential waivers for “national security” reasons. President Obama’s final waiver will expire June 1.

There’s no good reason to maintain the charade that Jerusalem is not Israeli, and every reason for Mr. Trump to honor his campaign promise. The main arguments against moving the embassy—embraced by the foreign-policy establishment—is that it would lead to terrorism against American targets and undermine U.S. diplomacy. But the basis of those warnings has been undermined by the massive changes in the region since 1995.

While the Palestinian issue was once at the forefront of Arab politics, today Israel’s neighbors are preoccupied with a nuclear Iran and radical Islamic groups. For the Sunni Arab states, the Trump administration’s harder line against Iran is far more important than Jerusalem. To be sure, a decision to move the embassy could serve as a pretext for attacks by groups like al Qaeda. But they are already fully motivated against the U.S.

Another oft-heard admonition is that America would be going out on a limb if it “unilaterally” recognized Jerusalem when no other country did. An extraordinary recent development has rendered that warning moot. Last month Russia suddenly announced that it recognized Jerusalem as the capital of Israel.

Note what happened next: No explosions of anger at the Arab world. No end to Russia’s diplomatic role in the Middle East. No terror attacks against Russian targets. Moscow’s dramatic Jerusalem reversal has largely been ignored by the foreign-policy establishment because it disproves their predictions of mayhem.

To be sure, Russia limited its recognition to “western Jerusalem.” Even so, it shifted the parameters of the discussion. Recognizing west Jerusalem as Israeli is now the position of a staunchly pro-Palestinian power. To maintain the distinctive U.S. role in Middle East diplomacy—and to do something historic—Mr. Trump must go further. Does the U.S. want to wind up with a less pro-Israel position than Vladimir Putin’s ?

The American response to real attacks against U.S. embassies has always been to send a clear message of strength. After the 1998 al Qaeda bombings of U.S. embassies in Kenya and Tanzania, Washington did not shut down those missions. Instead it invested in heavily fortified new facilities—and in hunting down the perpetrators.

Moving the embassy to Jerusalem would also improve the prospect of peace between Israel and the Palestinians. It would end the perverse dynamic that has prevented such negotiations from succeeding: Every time the Palestinians say “no” to an offer, the international community demands a better deal on their behalf. No wonder no resolution has been reached. Only last week, Palestinian Authority President Mahmoud Abbas insisted that new negotiations “start” with the generous offer made by Israel’s Prime Minister Ehud Olmert in 2008. Relocating the embassy would demonstrate to the Palestinian Authority that rejectionism has costs.

If Mr. Trump nonetheless signs the waiver, he could do two things to maintain his credibility in the peace process. First, formally recognize Jerusalem—the whole city—as the capital of Israel, and reflect that status in official documents. Second, make clear that unless the Palestinians get serious about peace within six months, his first waiver will be his last. He should set concrete benchmarks for the Palestinians to demonstrate their commitment to negotiations. These would include ending their campaign against Israel in international organizations and cutting off payments to terrorists and their relatives.

This is Mr. Trump’s moment to show strength. It cannot be American policy to choose to recognize a capital, or not, based on how terrorists will react—especially when they likely won’t.

Mr. Kontorovich is a department head at the Kohelet Policy Forum and a law professor at Northwestern University.